Beard Split Ends – 8 Causes And How To Stop Them

Most men are lucky enough to be spared the encounter with split ends, as they don’t let their hair and beard grow all too long. However, once the beard has grown a bit longer, chances are that you will spot some hairs in your beard that rather resemble straw or wire.

What are beard split ends?

These are beard hairs, which are broken open at the ends. This crack then runs along with the beard hair up to the hair root and splits it into many individual parts. In the beginning, the beard will appear more unkempt and feel increasingly coarse. Apart from that, the beard will itch, as the rough beard hairs press against the skin and cause skin irritation.

If the split ends are left untreated and no action is taken, they can spread to the rest of the beard and eventually force you to shave. To ensure that it doesn’t come to that, you should know about the causes of split ends in the beard to avoid them.

What are the causes of split ends in the beard?

Using hair shampoo for the beard

Do you use hair shampoo on your beard? If the answer is yes, it is most likely one of the causes for your split ends. Through the use of aggressive chemicals, conventional hair shampoos free the hair not only from all dirt but also from important oils that keep the hair healthy and smooth. Besides, the silicones contained in the shampoo coat the hair, which reduces the amount of moisture that can be absorbed by the hair. The scalp usually recovers from this quickly, so it is not a big problem in this case.

In comparison, however, facial skin is much more sensitive and reacts to certain substances with skin irritation and severe dryness. That is why we recommend using beard shampoo that has been specially developed for the beard, as it does not contain any chemicals and is therefore much gentler on the skin.

But you should also not wash your beard too often with beard shampoo. No matter how mild the shampoo is, the beard will be stripped of moisture with every wash, which in turn leads to beard split ends. Two to three times a week is enough to clean the beard from food remains and other impurities. On the remaining days, wash the beard only with water.

Exposure to heat from hairdryers and straightening irons

Once the beard has grown longer, it can be difficult to keep it under control. This is when a hairdryer or straightening iron can come in handy and quickly straighten the beard through heat. Unfortunately, the heat also causes the skin to dry out. As a result, the beard hairs are no longer sufficiently moisturized.

However, nobody has to forego the use of a hairdryer. According to a study, there is no danger in blow-drying your beard as long as you keep a safe distance and regulate the temperature. Unfortunately, the situation is different with the straightening iron. It applies extreme heat to the beard hair and if you already suffer from split ends, we recommend that you refrain from using it. Luckily, there are many other methods of straightening the beard, that do not involve any risk.

By the way, combing the beard is not only useful for styling but also has a very beneficial effect on the beard, as it distributes the oils produced by the body as well as beard oil. As a result, the beard is better moisturized, which in turn helps it in preventing split ends. But this does not mean that you should constantly comb your beard because excessive combing can also put a strain on the hair.

Poor diet and a lot of stress

Among many other problems, an unhealthy lifestyle can also contribute to split ends in the beard. It is easier said than done, but try to avoid unhealthy foods and excessive alcohol consumption. This also includes not getting enough sleep, being stressed, and not exercising enough.

All these things have a negative effect on the skin and thus cause damage to your beard hair. However, if you manage to get these problems under control, not only your beard, but your whole body will thank you for it. A lack of protein in your diet can be particularly crucial, as your body needs protein to keep your hair healthy. High protein foods such as meat, fish, or dairy products will ensure that sufficient protein is supplied to your body. Nuts and beans are an excellent source of protein for vegetarians.

Regular dyeing of the beard

If you dye your beard, you should be aware that some coloring agents can be very harsh on the beard hair. When using a long-lasting dye, the hair fiber is lifted with ammonia and other agents to let dyes in. On the one hand, this process puts a lot of strain on the beard hair, and on the other hand, the colorants remain in the hair for a long time. The weakened and dried out beard hair is then much more prone to split ends.

The easiest way to avoid this problem is of course simply not to dye the beard. However, we can understand that this is not an option for everyone. Generally, it is no problem to keep dyeing the beard as long as special attention is paid to beard care. In case you do not use beard oil yet, it is now a must. It provides the dried out beard hairs with essential oils and makes it soft and smooth again. Beard Balm can also prevent split ends by preserving moisture and providing additional protection for the beard hair.

If the blades of a beard trimmer are unclean or dull, it may contribute to the risk of split ends developing while trimming the beard. Assuming that you often have problems with beard split ends, we would generally advise against using a beard trimmer. Preferably use sharp beard scissors and cut off the beard hairs one by one. Compared to the beard trimmer, which literally shreds the hair away, beard scissors leave a clean cut. If you are someone who trims the beard on a daily basis, you should refrain from doing so. Give the hair some time to recover and leave it at two trims a week.

Especially with longer beards, the body can no longer produce enough sebum to supply the beard hairs with sufficient moisture on its own. As the beard is almost always exposed, it is constantly under stress from various external influences such as sunlight, wind, and cold. As a result, the beard dries out more and more until it eventually forms split ends.

As we, unfortunately, cannot change the weather, you have to either stay inside or resort to other means. With beard care products such as beard oil, you can restore the necessary oils to the beard and keep the beard hair healthy. It also helps against other problems such as beard dandruff or itchiness.

For the sake of completeness we would also like to mention that a shorter beard requires less care and only in rare cases will it be subject to split ends because it does not dry out as quickly. However, we do not recommend anyone to trim their beard for these reasons, as there are other ways to handle the split ends.

How to deal with split ends in your beard?

Once you notice split ends in your beard, we’ve got some bad news for you. The beard hair is already cracked and this fracture will continue to the root of the hair if it is not stopped. And “stopping” in this case means that the beard hair must be cut off. At least a part of it.

Therefore, cut off the damaged section of the beard hair and use beard scissors for this purpose. These leave a cleaner cut than a beard trimmer and are less stressful on the already weakened hair. Once all the affected whiskers have been trimmed, you will need to take measures against the causes to prevent further occurrences.

How to prevent beard split ends in the future?

Take a close look at our list of possible causes and find out which one applies to you. Split ends in the beard are rarely caused by a single one of the mentioned factors, but by a combination of several. Try to avoid as many as possible and stick to the following tips:

If you follow these tips, your beard will remain healthy and will not suffer from split ends in the future. 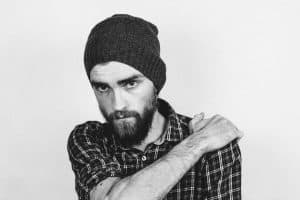 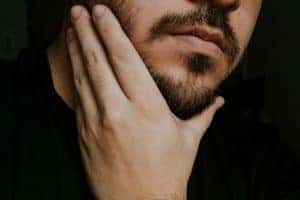 Itchy Beard? That's how you Stop the Itching for good 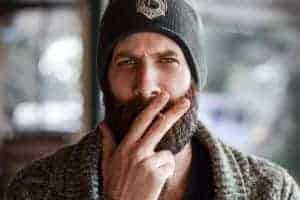 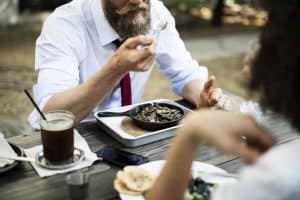 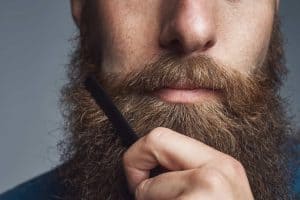 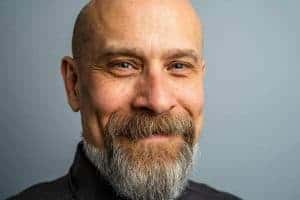